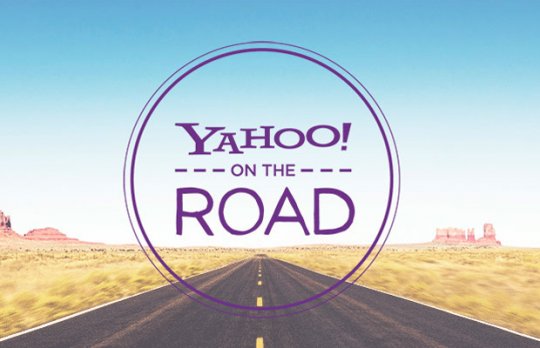 Digital giant Yahoo! has given a strong hint that its popular Yahoo! On The Road music events, which have so far been organised around the US and Europe, may be heading to Australia.

On 26 July, the company lodged an Australian trade mark for the term ‘Yahoo! On The Road’, covering various live music event classes.

The events have flirted with Australian music in the past, with a recent May event in Dallas, Texas, featuring prominent Aussie music acts Empire Of The Sun and Gold Fields.

The Yahoo! On The Road events have attracted some notable acts, including fun., Kendrick Lamaar, John Legend and Fallout Boy.

The current schedule includes various US and European cities, but no Australian dates have been announced yet.

Class 35: Promoting the concerts of others

The trade mark was lodged by Yahoo! Inc and an Australian legal representative, Davies Collison Cave. It is at the status of ‘Taken For Examination’, meaning it is due to be seen by an examiner.

Click to view a screenshot of Yahoo!’s ‘On The Road’ trade mark application.

‘Cheap Wine’ is the name of a well-known Cold Chisel track, released in 1980, but the trade mark does not cover any music-related classes.

The trade mark application was lodged on July 2 by Freight Train Music Pty Ltd, the same company that runs JimmyBarnes.com and the employer of Barnes’ personal assistant (according to her LinkedIn profile).

It is worth noting, however, that it may not be able to achieve registration because the trade mark is very non-distinctive, according to section 41 of the Trade Marks Act.

The application is at the early status of ‘Indexing Approved’.

Rock icon Bruce Springsteen has lodged two Australian trade marks for his name and the name of his E Street Band, in what appears to be the first time he’s done this in Australia.

A historic search suggests this is the first time Springsteen has attempted to trade mark his name in Australia.

Four trade marks for the name ‘Bruce Springsteen’ were lodged in 1985 by Australian Tour Merchandising, but none were accepted.

Also, four New South Wales residents attempted to register the (genius) term ‘Spruce Springclean’ in 2003, but despite being accepted it never entered the trade mark register and lapsed in 2004.

Both new Springsteen trade mark applications cover the same four classes. They both cover a vast array of products and services, meaning Springsteen will have trade mark rights within Australia for his and his band’s name being being used on clothing, posters, magazines, books, MP3 players, videogames, online journalists (blogs), “musical-based entertainment, news, appearances, photographs, biographies and other entertainment information” and even “sound and audiovisual recordings featuring entertainment and music”.

A selection of the more-than-1oo goods and services the two trade marks could cover (if accepted):

The company who registered the two trade marks is ‘Thrill Hill Trademark Holdings LLC’. This appears to be either a Springsteen-owned company or is heavily associated with the artist, because ‘Thrill Hill’ is the name of Springsteen’s touring and production company and also the name of his US-based recording studio.

The trade marks are currently at the early status of Filed – Approved.

The service “provides fully-customizable fan packages” for music gigs and events, according to the website, and was formerly known as “The Only And Only Golden Ticket”. It was founded and is owned by Leto, who is lead singer of the band Thirty Seconds To Mars and starred in movies including Requiem For A Dream and Fight Club.

It is specifically for the term ‘ADVENTURES IN WONDERLAND’, and covers four classes of various ticket sales, entertainment and souvenir goods and services, namely:

Adventures In Wonderland is based in Los Angeles, but already sells packages for shows in Australia (example).

The trade mark application is currently at the status of ‘Indexing Approved’.