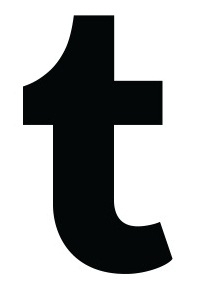 Blogging platform Tumblr has lodged an Australian trade mark application for the ‘t’ in its logo (pictured).

Lodged on Monday, 29 July, the New York office of Tumblr applied for the trade mark under a number of classes, covering online, entertainment and advertising.

The news comes shortly after Yahoo! purchased the company for $1.1 billion in May.

Of the six classes the trade mark application covers, none are of a great surprise. A summary of them is below:

Class 9: Computer software to enable uploading, downloading, accessing, posting, displaying, blogging, linking, sharing or otherwise providing electronic media or information via computer; downloadable software in the nature of a mobile application for use with computers; computer software for use as an application programming interface (API) for use in developing other applications software

Class 42: Providing on-line non-downloadable software for social networking and media sharing and consumption via the Internet

Tumblr already holds an Australian trade mark for its name and logo, registered in 2009 and 2013 respectively.

The application was lodged by Tumblr, Inc and a Sydney-based legal representative, Davies Collison Cave. It stands at the early status of ‘Indexing Approved’, meaning it has not gone through examination yet.

Click to view a screenshot of the Tumblr ‘t’ trade mark application.